The Renegade is a live music venue, bar, and restaurant in Arlington, VA. The venue opened in 2019 with a video wall behind the stage made up of four monitors. This configuration created an X in the center of the wall where the screens came together, making it difficult for customers to see the action during big games. As a certified LG reseller, Fatech was able to help Renegade design, source, and install a new and improved video wall.

The Renegade is a unique bar, restaurant, and live music venue in Arlington, VA, that opened in 2019. The venue hosts multiple weekly music events showcasing local and international touring acts.

The Renegade had a video wall that was made up four large screens. This design created a big ‘X’ across the center of the wall, which distracted the customers and made it difficult to see the action of the big game. The owners decided they needed to fix it.

When the owners of The Renegade sought a fix, they initially reached out to LG to help find new screens. LG pointed Renegade to Fatech, a certified local LG reseller.

We worked with them to source nine new screens. Since the screens were different than the original ones, we also configured and installed a new mounting system to support the weight. The wall debuted in early October 2022 at a live show.

Since the video wall’s debut, it has been used weekly for music and sporting events Fatech has also been asked to work on a new project for The Renegade. We are relocating the old screens from the previous wall so that street traffic can see the action inside the bar from the street. 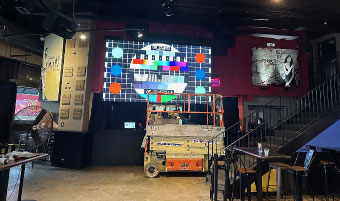 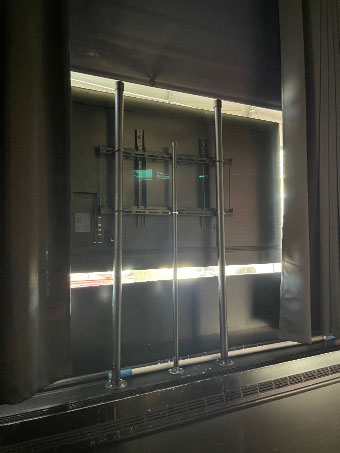 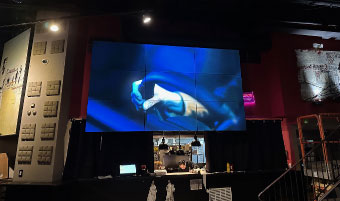